Seniors respond to infamous article from their freshman year 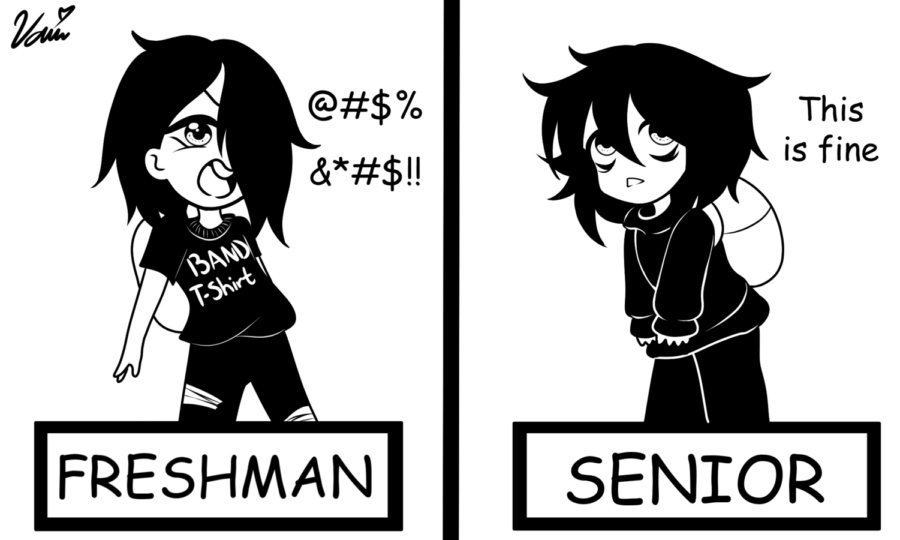 Almost 4 years ago, an article in the school newspaper came out claiming that the class of 2019 was named the worst freshman class of all time.
This article quickly became infamous within the 2019 class and has become a little more than an inside joke between seniors.
Despite the immense backlash it received, many students, both freshmen and not, agreed with this opinionated statement.
Even some of those who avidly opposed the article in their freshman year have admitted that they were a terrible class after reaching their senior year.
But how does this hold up now that they are seniors are almost ready to graduate?
Are they still the worst class so far or have they managed to mature and straightened up?
The class of 2019 was not the model class by any means.
Every year, people claim that the new freshmen classes are getting worse or that new generations are deteriorating.
Between the fights, teacher meltdowns and bad attitudes, it was hard to say anything other than that.
Many seniors look back on their freshman year and ask themselves, just why?
Others refuse to even think about what they were like during that dark period of their lives.
Even with this, the class of 2019 has gotten some impressive accomplishments throughout their years at Benson, from art awards to prestigious scholarships to winning championships.
There’s no denying that the class of 2019 became successful in their education, even though they were considered the worst.
However, the same can be said for other freshmen classes, not just the class of 2019.
Almost every class believes that they were the worst class or that they are getting worse.
It’s easy to judge the entire group for the faults of a loud minority, especially if that minority is broadcast throughout the school.
And after all, not every freshman is an uncontrollable animal, just like not every senior has their life together.
Many, if not most, freshmen in the class of 2019 were respectful and did what they were supposed to.
Even when surrounded by their less put together peers.
This can be said for every freshmen class, both from previous years and the years to come.
The transition to high school from middle school is jarring and takes a while to get used to, and thus, makes it difficult to adjust to the new overwhelming environment.
Add hormones raging all over the place and being shoved into a new place with people they don’t know, and it becomes a recipe for hard to control kids.
Teenagers change drastically over the years.
They tend to mellow out by the time they reach their senior year, with a few exceptions.
Saying freshmen are the worst as a senior isn’t a fair comparison because they were all freshmen at some point.