Taking the Music Scene by Storm 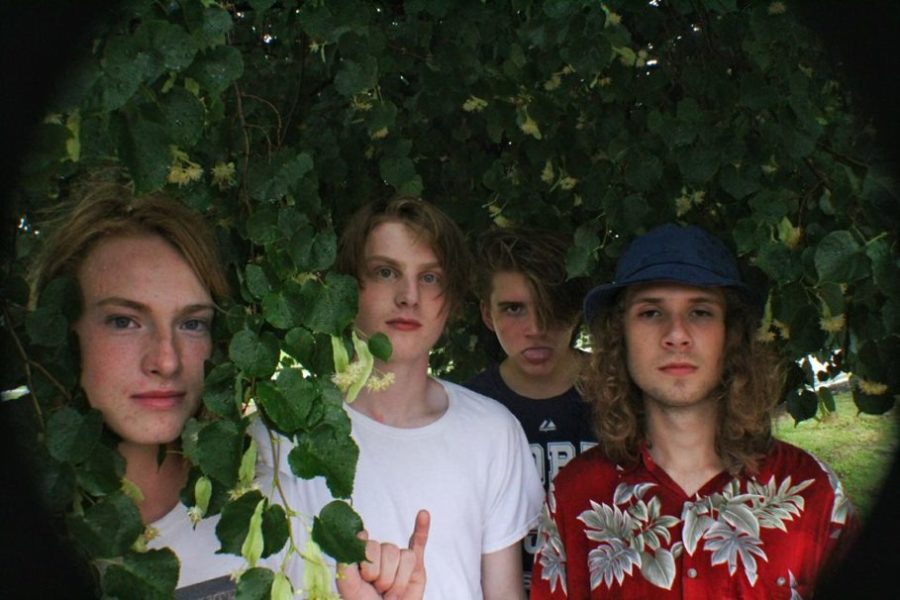 Although the definition of garst is to barf, the up and coming band will not cause any vomiting. Unless, of course, you head-bang too hard.

“Casey and I met in sixth grade and started writing songs together almost right away,” Constantino said. “Cannon was recommended to us through a bass player from an old band and Joe knew Cannon from Benson.”

Garst has formed gradually since the previous summer between Constantino and Pluckinski.

“Casey and I were playing punk covers under the name as a two-piece last summer,” Constantino said. “When it started getting cold outside we added Cannon, and then we added Joe about a month or so before our first show.”

Murphy and Dunwoody were both classmates at Benson when they joined Garst. According to Murphy, he wanted to be in the band because of Dunwoody.

“I wanted to join the band because my best friend was in it,” Murphy said. “I wanted to play live because I wanted to experience performing for people.”

According to Murphy, the members of Garst have a similar taste in music, which helped them form their sound. Garst’s unique sound is inspired by many other bands, including Twin Peaks, an indie-rock band.

“We just met Twin Peaks for third time when they came to town recently,” Constantino said. “In my opinion they are the ideal rock n’ roll band for today’s culture.”

Along with other bands, the crowd also has a big part in Garst’s inspiration.

“If we go into a really high energy part of a song and the audience suddenly gets really energetic I feel like we’ve done our job,” Constantino said. “It’s really rewarding.”

Many of Garst’s songs are upbeat and full of energy, leaving plenty of opportunities for mosh pits in the crowd.

“Whatever energy we put out, they give right back,” Pluckinski said. “It’s a really mutual thing.”

According to Dunwoody, one of the best moments of any show is hearing the crowd sing along.

“When the crowd gets really into it it’s cool,” Dunwoody said. “When they sing the words back it’s a really cool feeling.”

“The best part about being in the band is being able to do my favorite thing with some of my best friends,” Murphy said.

Garst has played a total of 13 shows since their first show on December 16th, 2017 at Aromas in Benson. The band has also played in at the 1867 Bar in Lincoln, the Lookout Lounge, and has played several shows at the Reverb Lounge, Lucy’s Pub, and The Waiting Room.

“Honestly, wherever we can get a show, we’ll play it,” Constantino said. “I’ve always wanted to play shows in Chicago because the music scene there is pretty alive right now.”

Although Garst has only been playing shows for about 9 months, the members have big plans for what’s to come.

“In five years, we hope to be touring as much as we can in our very own van with a record or two under our belts,” Constantino said.