COLUMN: From elementary to high school 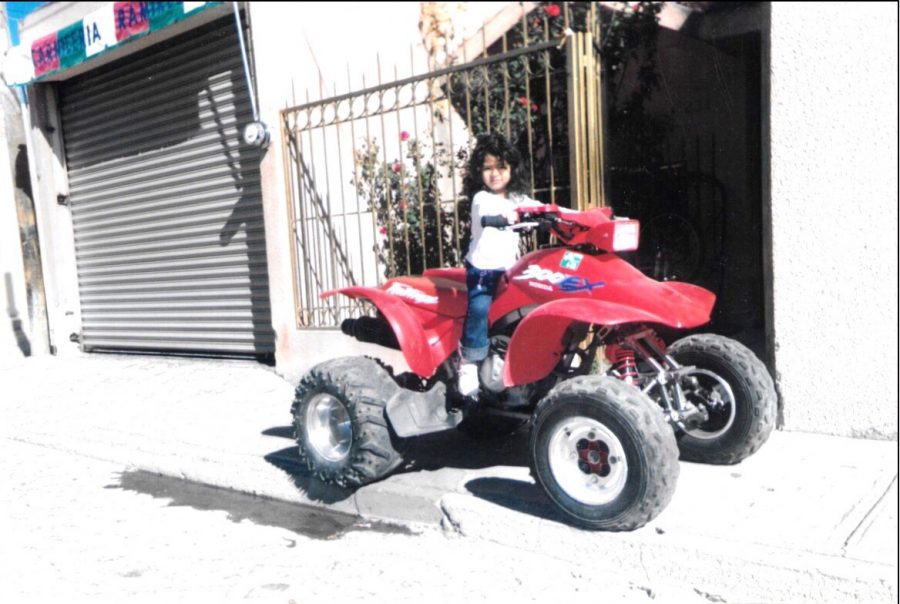 Lorena Loza in front of her grandmother's house in San Miguel el Alto at age five.

The first time I went to school it was at a kindergarten in my small Mexican town, San Miguel el Alto, it was right across the street from my grandma’s house where I was living at the time. Unlike most kids, who were crying with no consolation because they didn’t want their parents to leave them at school, I eagerly entered through the gate because I wanted to learn. That little five-year-old girl had no idea how much she would accomplish academically over the years.

I attribute most of the success I had in the lack of pressure from my parents, they never asked me to get good grades or even to graduate high school. It sounds careless but it was the opposite, they allowed me to choose my future because they knew they could trust me, and they were ready to support me in whatever I chose.

My own motivation and drive got me to spend hours and hours completing assignments and mastering subjects. I may have missed out on many other things, but all of my work paid off in ways I could’ve only dreamed of a few years ago.

One of my biggest motivations to be a good student was that no one else in my family had done it before. My dad studied only until the sixth grade because at the time there weren’t any middle schools in the area and my mom’s education was cut short because she was a woman, so her parents didn’t think she needed it.

My aunts, uncles, cousins and other family often dropped out because they needed to work, or they didn’t like it; most times they would bravely immigrate to the U.S. to support family and secure their futures, yet they all shared a regret in not knowing things that would appear as common sense and they knew they had missed many opportunities to better their lives. I didn’t want that same regret and I wanted to make sure their struggles and the hard work they all put to help raise me and give me a wonderful life paid off.

Now I can proudly say that I will be attending Fordham University in a few months to study international political economy and I got it all paid by the Gates Scholarship. That little five-year-old that was growing up in San Miguel el Alto excited to go to kindergarten did things no one could have fathomed, and I hope that I set a precedent of achieving that kind of success in my family and in other people from my town.