Break The Silence End The Violence 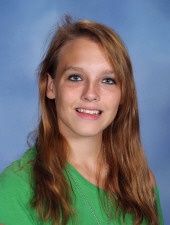 JROTC’s annual Domestic Violence Walk will take place on Oct 18th at 2:00 P.M. on the track/football field. 5th block teachers have the option to attend with their classes. Shirts will be for sale on now until October 18th  for only $10.

“Our goal is to make the issue more visible in the school and community in ways we haven’t in past years. It is an important issue so by making T-shirt’s, Resource posters, and expanding it beyond just the walk we are hoping more people will be informed” Cadet Lt Col Marie Burks said. “We are also raising money to donate to the Women’s Center for Advancement which is something we have never done before and we are happy to be able to directly help survivors of domestic violence. “

The walk it has created more awareness for domestic violence